In 2009, we moved to Viareggio from Garfagnana, but I wanted to take care of cooking and open my own restaurant where I could offer the cuisine learned "di la dalla Apuane" and that of the sea, which I did not yet know. I had the good fortune to meet people who helped me to take this path, especially I have to thank the guys from Lampare, fishermen who use these boats from the south and "naturalized" Viareggio. They brought me many products, they taught me how to use them. I started to do some research, and thanks also to the professionalism I already had, I started to cook them and propose them in my restaurant. The choice was natural: putting farmed sea bass on the table was not part of me.

The blue fish needs a particular cooking, it must be cooked very little, at low temperatures so that the omega three do not deteriorate. It's a very quick cooking, it can even be cooked only with lemon and vinegar, and then re-presented maybe with oil, garlic and parsley. Anyway, it is a very tasty fish. It is called "poor" because on the counter it is paid less than the fish that is more known. But in reality it is an expensive fish, because it needs a very long processing, professionalism, dedication to this type of cuisine. For example, the pottino is not easy to deliscare because it is very cartilaginous. You have to clean it from the skin, from the cartilage, and then those small parts that remain are for processing.

But you don't have to throw away anything of the poor fish, because all the bones and cartilages that I am going to select are used for the preparation of the broth, good both to eat and to lengthen the cooking during the service: for example in the spaghetto allo scoglio a half teaspoon of fish broth enhances the flavour of the whole dish.

It was not easy to get people used to eating certain types of fish, because sole and sea bass are traded... and people only know about them. An example, the prawn: the typical Viareggio prawn is different from the one on the market, it's smaller, it's a different colour, so people who don't know it when they see it being served are a bit surprised.

A factor that risks driving less experienced consumers away from the cuisine of this fish is the presence of a parasite in the intestine, anisakis, which takes the form of a long vermicelli. Often those who do not know it when they buy a fresh fish at the market and find this parasite inside are shocked, but they should not because the presence of this parasite is a certainty that the fish is really fresh, because if it had been pre-frozen they would not have had it. Professionals who use blue fish therefore know that it must be slaughtered before it can be offered raw, while if it is cooked there is no problem. 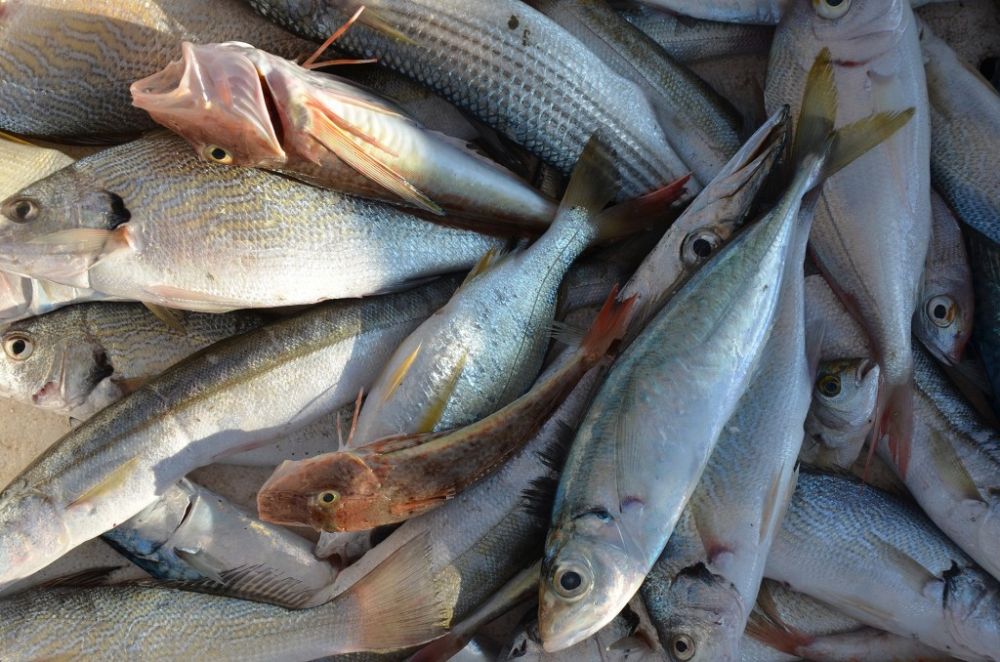 Even if at the beginning it was not easy, over time the consumption of bluefish has had a great encounter, also thanks to the publicity that has been made against contaminated fish: people have acquired some awareness, and have started to choose alternative ways to the big distribution. We started talking about oily fish just telling people, who were already aware that the fish of the big distribution was not fresh and not even from the area, that the poor fish is always fresh, it can only be fresh because it is not frozen, and this is an important guarantee of a quality product. And then it won also thanks to the excellent quality-price ratio.

The first times that spaghetto with anchovies appeared, people were hesitant... "but what about spaghetto with anchovies?" they asked us. But we introduced ourselves to them, explaining that it was deliscato, that the fish had been cut down, and we encouraged them to try it... The consumer is very fascinated by the fact that the waiter is dedicated to them illustrating, a bit like a poet, the dish in front of them. Often we have also given them the possibility to taste more dishes, and we have made promotional dinners just to teach, to make them known, to make them taste. And it won, the answer was there, and it still is. In fact, now there are many customers who come to the restaurant asking "what's on the menu of the day? They know that the menu is always different, because the night fishing boat that delivers early in the morning has a certain type of catch, while the afternoon one that delivers at half past five/six usually brings fish that live closer to the coast. So it's not always the same, it depends on the season, the weather, the sea conditions... it takes patience, but this guarantees that the fish is really fresh and caught in the open sea! 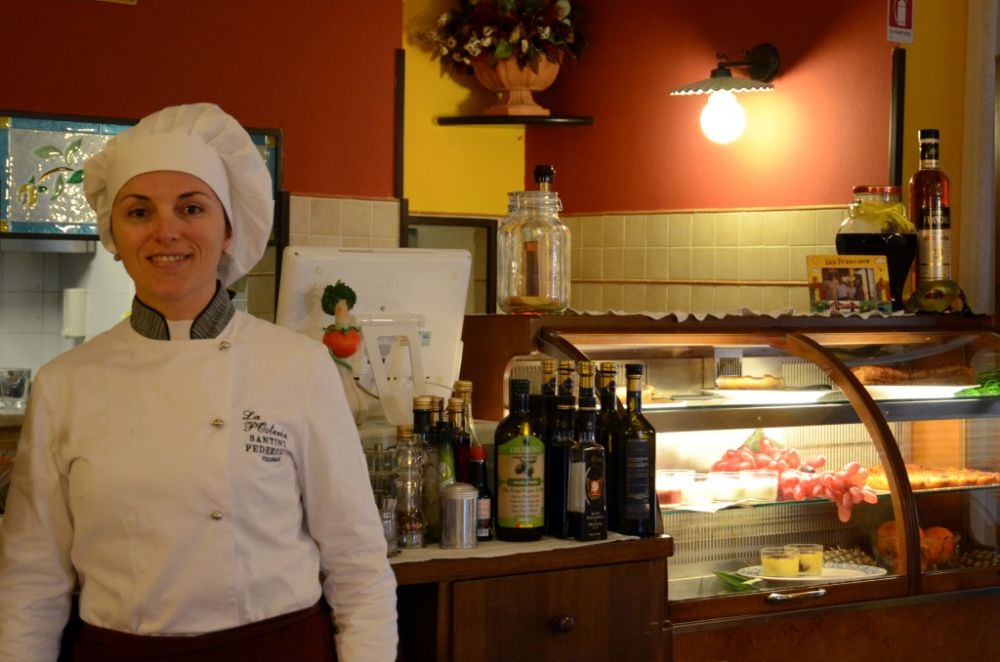 The period of maximum reproduction of blue fish, that is the period in which you have the most beautiful and good blue fish, is from spring until autumn. In winter its availability decreases a lot, because it goes down in depth and is therefore more difficult to recover. This is why they use lampare. The lamparara is the lamp that you put on the boats, which are named after it, and the fishermen use it to illuminate the water, attracting the attention of the fish. The fish goes up to the surface and they manage to catch it with their nets.

In September, on the other hand, there is a fishing stop. We who have brought with us some of the flavours of Garfagnana, during the fishing stop we specialise in the cooking of the porcini mushroom, octophile corn and other flavours of our land. The fishing stop does not coincide with that of the Adriatic, so we could use fish that comes from that sea, but it is very different from ours, and we do not like it... here we are used to a more open sea, with more variety, and the taste itself is really very different.

Here is a special recipe that Federica told us about for you...